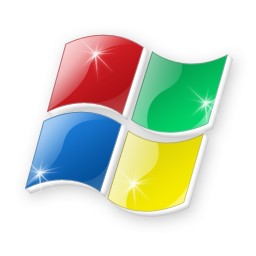 Acquiring a computer or a laptop can be a tough decision as both MAC and Windows have different pros and cons. In the end, it all boils down to the user preference and other devices owned. The software constantly used is also a major factor in selecting a PC.

For example, if you own a Surface tablet, or the other devices in your home have the Windows Operating System, then it might be convenient for you to continue using a Windows computer.

For people with Xbox One, Windows is also the preferred choice. On the other hand, if the majority of your devices are all Apple products such as iPads, Apple TV or AirPrint enabled printer, then a MAC computer will really fit well with these products.

Depends On The Purpose

For hardcore gamers, it is more preferable to stick to Windows, particularly because the user can adapt his or her own hardware to suit his specific needs. Which mean anybody with a Windows system can upgrade the graphics card if they wish to improve their gaming experience.

On the flip side, Windows is more vulnerable to malware and viruses. However, this doesn’t mean that MAC is completely immune from these two threats. The latter is just a less frequent target, all because Windows has so much of the market share that it becomes an easy target.

Whichever you choose, all computers come with loads of pre-installed software. For Windows, this bloatware can cause your computer to slow down. Because of this, it can be a major nuisance for non-tech savvy users.

As for MAC, they also have pre-installed software from Apple, but they will not slow the computer’s system down. So this might be a better option for people who only use computers for simple tasks.

Running a virtual assistant on your computer is all the rage today. So if this is one of the features that you are looking for, both MAC and Windows computers have voice assistants. MAC has Siri, while Windows has Cortana.

While they can be helpful at times, they are generally used more on hand-held devices and people usually do not use them as much as they do on their smartphones. On top of this, only Windows 10 has a voice assistant. Other older versions of it do not have this feature.

The biggest difference between the two systems is really the hardware you might want to use. Apple computers are famed for their relatively golden standard, well-designed, and study computers, fit for daily use. But if you want a high-end MAC, then you need to shell out more money for it.

Windows by comparison, is definitely designed to work on a wide range of hardware. You see this at almost every Tech store nearby – every brand of computer uses Windows. This means if you have a limited budget, you can purchase a low-end Windows laptop.

However, there are also high-end hardware products like those sold by Dell and Sony. A computer running on Windows is typically used for intensive applications like if you want to build your own rig for online gaming at home. MAC, however, does not provide you with this option.

Most of the time, people select their computer based on the other existing devices they own. But setting your other devices aside, both MAC and Windows have evolved so many times over the years – to the point where there isn’t much rivalry between the two anymore.

Today, both systems are feature-congruent and most people would be fine to use either. If you have no issues using either, then your decision will depend on how much money you are willing to spend. 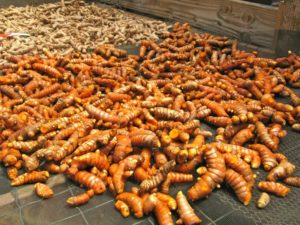 While turmeric is typically associated with the flavoring and coloring of curry, it should be noted that this compound does have many other uses.

Medical research has found that turmeric can in fact be one of the most effective nutritional supplements currently available. Many individuals use this substance as a natural treatment for ailments providing benefits for both the brain and the body.

Of course, while it is the turmeric powder that is applied or utilized as the treatment for ailments, it is the curcumin compounds within the turmeric that provide the medicinal properties, as was discovered by scientists quite a while back.

Curcumin is the primary active ingredient in the turmeric powder and it operates as an antioxidant with anti-inflammatory effects as well. However the content of the curcumin compounds are not high within turmeric itself; therefore if you wish to experience the full benefits of the treatment, it is recommended that you use an extract of the turmeric containing high levels of curcumin. This article will discuss the health benefits of using such turmeric curcumin supplements.

As mentioned above the curcumin within turmeric has natural anti-inflammatory effects. Inflammation is an important factor to consider when dealing with health issues, because it can be both beneficial and detrimental to recovery from medical conditions.

Several published studies have shown that the potency of turmeric curcumin supplements is so powerful that they can compare to the effectiveness of anti-inflammatory medication. The key to this healing effect is that curcumin acts as a bioactive substance removing inflammation at a molecular level. This is beneficial as it helps in the reduction of swelling in the patient without the side effects of the usual anti-inflammatory medication.

One of the core mechanisms contributing to aging and several Western diseases is the so-called oxidative damage.

Oxidative damage involves the reaction of free radicals with organic substances, such as proteins or fatty acids. As an antioxidant, curcumin is able to neutralize the free radicals based on its chemical structure; thereby protecting the body against the activity by free radicals.

Furthermore, the curcumin supplement is able to boost the activity of antioxidant enzymes within the body. This improves stimulation of antioxidants in the body and prevents future interaction with free radicals.

In previous years, it was thought that neurons were unable to divide and multiply except only within early childhood. But nowadays due to advanced technology and research, this belief has been removed and it is seen that neurons are able of multiplying but only in certain areas of the brain.

The primary driver of this process is known as the brain-derived neurotrophic factor, also known as BDNF – a type of growth hormone operating in the brain. Unfortunately individuals who suffer from brain disorders will see a reduction in the functioning of this hormone.

Turmeric curcumin supplements are beneficial in this area because they can increase the functioning of the brain-derived neurotrophic factor. By increasing levels of this hormone, a reversal of brain disorders can be seen and an improvement in brain functioning.

One of the most common health conditions affecting people across the globe is heart disease. This illness has been studied for decades, but the disease remains complicated with several contributors to its cause.

While there are several treatments, including pharmaceutical medication, it is seen that curcumin can be beneficial to reverse steps in the disease process. The most beneficial aspect is the improvement in functioning of the blood vessels.

As you can see from above turmeric curcumin supplements can have numerous medical benefits to your health, and they should be added to your stack for a longer life. 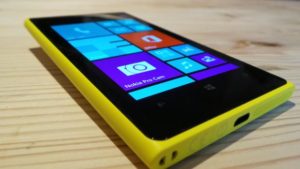