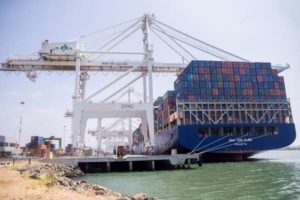 Air pollution is the world’s single biggest health risk, so it should be no surprise that cities want to know where and why air quality is at its worst. The problem? Air monitoring devices in the nation are not widely used and may not be as accurate as expected.

East Oakland in particular is already overburdened by pollution. And the consequences of this pollution are a lower life expectancy compared to the rest of the Bay Area. East Oakland has one of the highest asthma hospitalization rates in the country, with children under five especially hard-hit. This is a major concern for the local residents.

West Oakland as well has had an air pollution problem for years, and it’s taken a toll on residents. Emergency room visits for asthma are highly concentrated in West Oakland and Emeryville, but they drop off dramatically when you get to other parts of Oakland. A civil rights complaint was recently filed on behalf of West Oakland residents alleging air pollution from diesel emissions at the Port of Oakland disproportionately impacts the people in the vicinity.

One in five children in West Oakland has visited the hospital for respiratory problems. They have an astoundingly high asthma rate because diesel emissions in West Oakland are up to 90 times higher than California’s average. Our youngest and most vulnerable bear the pollution burden of freight that comes across the Pacific Ocean.

The Oakland Public Works Department plans, builds and takes care of the physical and environmental parts of the City of Oakland. Their work makes the City a great place to live, work, invest and visit. Right now, they want to hear your ideas for capital improvements. Tell them what you think by reaching their website here.

Researchers from EDF and the University of Texas at Austin took their data to the West Oakland Environmental Indicators Project (WOEIP), a community-based organization with recognized leadership in local air pollution issues, to learn more about potential sources of poor air quality. With the threat of coal exports, Oakland piles more pollution on a polluted community then anywhere else in the nation and activists, concerned about everything from poor air quality in West Oakland, to pollution are getting involved in carrying the message to the population.

Limiting pollution and waste creation is the first step all residents of Oakland, CA can take to try reduce this issue. Recycling, better waste management, consumer behavior awareness are some of the elements needed to develop a safer and more sustainable environment for ourselves and our children. Oakland dumpster rental companies can help alleviate the accumulation of waste materials and miscellaneous junk debris by offering an affordable solution for garbage removal. So let’s use them more often.